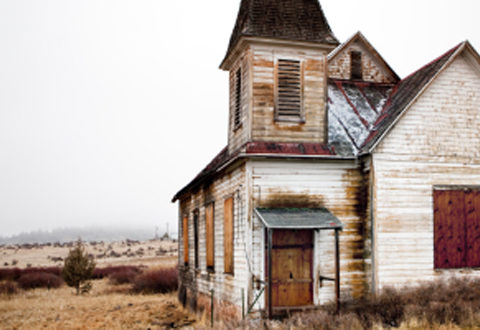 As a church leader, you’ve probably noticed that when your assumptions are incorrect, you’re more likely to implement plans that don’t go anywhere. Why? Because what we’ve assumed to be true about the people in our congregations isn’t in line with reality. So, we’re forced to go back to the drawing board to determine what went wrong.

Much of our angst could be resolved by correcting our assumptions.

1. Your church wants to grow by reaching the lost.
Every pastoral candidate hears the search committee say, “We really want to grow!” Usually these comments are offered in good faith. The pastor is excited to know that the influencers in the church are committed to seeing the church grow. It’s easy to begin making decisions based on that information.

Unfortunately, there are two elements that make this assumption wrongheaded. First, it may be true that some in your church want to grow, but it’s also possible that the majority simply say they want growth, but not at the expense of their preferences.

Secondly, it’s possible that the church really does want to grow, but their vision of growth is different than yours. They see “good growth” as attracting tithing families from other congregations or established Christians new to the area. They aren’t necessarily passionate about seeing growth take place by reaching lost people far from God, and that makes them less likely to support your ideas of changing things in order to reach the lost.

2. Your church believes the Bible should be the ultimate authority for life.
As a church leader, you are convinced that the Bible is the ultimate authority. When the Word of God is clear on an issue, we are called to respond with obedience. It’s easy to assume that everyone in your congregation has the same high view of the Scriptures.

Unfortunately, it doesn’t take long to realize that there are some church members who, when faced with clear biblical teaching, will still choose to do what they want. I remember how surprised I was the first time someone told me they agreed that God’s Word was clear on an issue, only then to disregard His truth and go their own way.

3. Your church understands salvation by grace alone.
Sociologist Christian Smith has coined the phrase “Moralistic Therapeutic Deism” to describe the dominant religious views of people in North America. Within this framework, the point of Christianity is to make us nice, moral people who find happiness in fulfilling our dreams and are rewarded with heaven after we die. The terminology of “grace” and “faith” can be incorporated into this essentially Deist understanding of salvation.

It’s easy for people in our congregation to know in their heads that salvation comes through faith in Jesus Christ, but to act and speak in ways that reveal a different understanding: that good works bring good rewards.

What are some wrong assumptions you’ve made in ministry? How can we help lead our churches to the point these assumptions are no longer incorrect?

Trevin Wax is an author and the managing editor of The Gospel Project, a gospel-centered small group curriculum for all ages that focuses on the grand narrative of Scripture published by Lifeway Christian Resources. He blogs daily at Kingdom People.