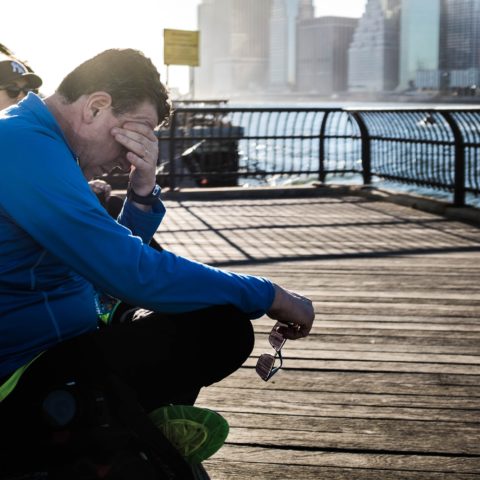 It’s never been easier to be a critic. Social media has given voice to the masses, for better or for worse. People can express their opinions in real time, and do so in a pseudo-anonymous way. There has been much good that’s come from this – groups of people have been liberated, cultural change has been initiated, and cable companies and airlines have become better at customer service.

But the dark side is also present. These are the days of cyber-bullying; these are the times of cynicism; these are the moments of outright meanness without accountability or consequence. With our freedom to post, comment, and express comes responsibility – or at least should come responsibility. In the meantime, though, there is a barrage of criticism that can easily come one’s way seemingly out of nowhere.

That compels us to ask, not only how we should appropriately and responsibility express criticism, but how we should handle it when it comes our way. More specifically, how should we as Christians respond to criticism? Surely in this, like in all things, the pervasive influence of the gospel ought to bear some weight. It should influence not only how we speak to and about others; it should influence how we respond when others speak to and about us. In light of that, here are three steps to handle criticism like a Christian:

1. Remember who you are.

Much of our anxiety, many of our insecurities, and at least some of our fear in life can be dealt with if we were able to truly know and remember who we are. Or maybe even better – to remember whose we are. The gospel is not just about our destination; it’s about our identity. Believing the gospel doesn’t just change where we are going; it changes who we are. When we believe the gospel, we move from death to life, but we also move from being an enemy of God to being one of His children.

Our position in this family is secure. We no longer have to manage our reputations; we no longer have to prove ourselves; we no longer have to justify our existence. We can live in a state of humble confidence knowing that we are fully accepted as the beloved children of God. Without this knowledge, criticism – especially from someone we know and trust – can be crushing because it can call into question all the things the gospel assures of us – our worth, our value, our very existence. The first step to handling criticism as a Christian, then, is to remember that no matter what anyone says about us, we know who we are at our core. We are who God has said we are.

Armed with the knowledge and confidence of who we are, we can actually deal objectively with the criticism. We can look at what has been written, posted, or spoken to or about us, and see if it matches up to reality. This is an important thing to do because the temptation when we are met with criticism is to simply write it off. To tell ourselves not to worry about it and shrug it off. But before we do that, we should consider not only who we are, but consider where we are headed.

So where are we headed? As Christians, it’s to heaven, but we are also headed toward Christ-likeness. We are being formed by the Spirit of God into holy people, both inside and out. Not only that, but as Christians we are also moving toward excellence in all we do. Excellence as church members. Excellence as employees. Excellence as parents. Our commitment to excellence is part of our ongoing testimony as stewards of God’s gracious gifts to us. If we are secure in who we are, then we can remember that we are headed toward holiness, and toward excellence. And when we remember that, we can look at the criticism and freely acknowledge that there is at least some validity in what has been said about us.

3. Think about the source.

The criticism will come. And instead of being crushed, we ask, “Who am I?”

Instead of dismissing it out of hand, we ask, “Where am I going?”

And instead of altering our whole lives based on one opinion, we ask, “Where is this coming from?”

And through it all, we are also doing the thing which all of us can benefit from whether we are the critic or the one being criticized. We are remembering the life-changing, identity-altering, foundational truth of the gospel.

Michael Kelley is the Director of Groups Ministry at LifeWay and author of Boring: Finding an Extraordinary God in an Ordinary Life