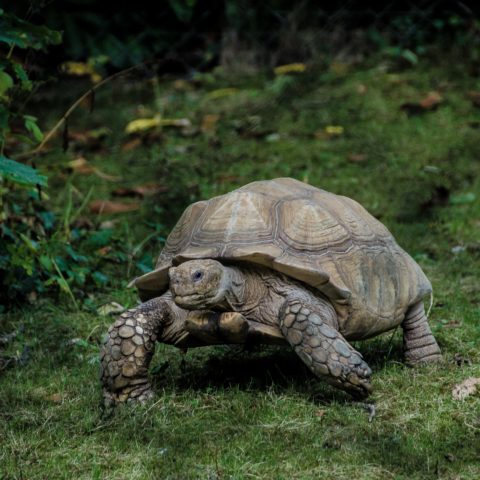 Most of the mechanisms God uses to transform us into Christlikeness aren’t the big, but the small. They are the series of choices we face day after day. This is how Paul described growing in Christ – not as something exciting, but as a methodical process akin to that of athletic training:

Don’t you know that the runners in a stadium all race, but only one receives the prize? Run in such a way to win the prize. Now everyone who competes exercises self-control in everything. However, they do it to receive a crown that will fade away, but we a crown that will never fade away. Therefore I do not run like one who runs aimlessly or box like one beating the air. Instead, I discipline my body and bring it under strict control, so that after preaching to others, I myself will not be disqualified (1 Corinthians 9:24-27).

Despite what the training montages in the Rocky movies might lead you to believe, being an athlete is hard work. It’s not accomplished in 5 minutes and it’s not usually done to the soundtrack of Survivor. Staying in top shape requires waking up at 4 a.m. every morning and going to bed early every night; having a plan for what you eat and how you spend your time; making sure that all the small choices in life point to the one goal. That’s the metaphor Paul chose for growing in Christ – it’s an athletic contest, not a magic show where doves come flying out of a hat.

One of the reasons that everything has meaning for us as disciples of Christ is because everything is either moving us toward Christ-likeness or away from it. Every choice isn’t just about the choice – it’s about whether we are embracing our sanctification or pushing against it. Paul knew the surpassing greatness of knowing Christ – that he is so valuable that anything stacked up against him looks like dung. Is it any wonder, then, that he would, just one chapter after 1 Corinthians 9, also exhort those in Corinth to consider the little things of life as an opportunity to glorify God? “So whether you eat or drink or whatever you do, do it all for the glory of God” (1 Corinthians 10:31).

These common, everyday choices are the guts of discipleship. Following Christ is not just about selling everything you have for the sake of the poor (though it might indeed be that at some point); it also involves managing your time; appropriately handling your throw away thoughts; glorifying God through your eating and drinking; seeing the small things of life as things that either move you toward or away from Christlikeness. Disciples understand the true significance of these choices.

When was the last time you or I thought about these things? Chances are we haven’t considered them nearly as often as God has. As much as we might long for something new and different, something more exciting and fresh, God is still vitally concerned that we make the everyday, run of the mill choices of faithfulness because we desire the same thing that He does – to more and more resemble His Son.

Many of us, in an effort to spice things up a little bit, have abandoned thinking deeply about and struggling with these choices. Similarly, we have abandoned the everyday practices of saints of the past, looking for something a little bit more modern and progressive. So we find ourselves bowing down to the idol of excitement all while claiming to be seeking after the living God.

We don’t need something new. We need something old. We need to do the same things that saints of old have been doing in order to deepen our understanding and apprehension of the greatness of God. We need to see that it’s not some kind of secret formula or latest methodology that exposes the myth of the ordinary. Instead it’s through these means of grace that many of us have cast aside as outdated and legalistic that God has chosen to deepen our relationship and experience with Him.

Michael Kelley is the Director of Groups Ministry at Lifeway and author of Boring: Finding an Extraordinary God in an Ordinary Life