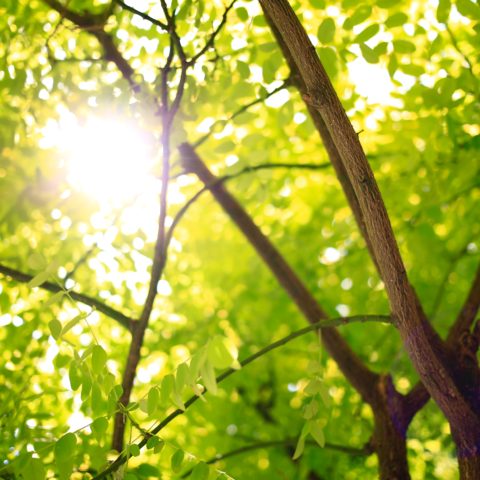 Many of my childhood lessons have become quite helpful in different leadership roles I have held. Like most leadership lessons, you don’t appreciate them until later, sometimes much later. In college I realized I was a “swinger of birches,” as noted by Robert Frost in his famous poem.1 Let me explain.

I grew up in rural Kentucky. What Frost calls “swinger of birches” we called “skinning the cat.” This shenanigan involved finding young, tall, and thin trees that were trying to reach up through the canopy in the woods near my home. This act was best executed in spring or summer, when the tree sap was flowing and the trees were limber and growing. We would select a tree and climb almost to the top, at which point you commit and effectively jump out of the tree without letting go as it bends toward the ground. Few things in life are more satisfying than getting it just right, feeling weightless and looking almost otherworldly to those watching. Like a reverse pole vault in slow motion, I can tell you that you quickly learn to judge a tree, the time of year, the weather conditions, and how high you need to climb.

I learned this complex mixture of art and science as a 9-year-old boy, as these elements are in flux and the same tree may respond differently at different times of the year. If you climb a tree in the wrong season or when it is too dry, the tree will break in half which makes for a rough landing. If you don’t climb high enough and lean out too soon, then you are left hanging with little choice but to let go or hold on until help arrives. If you climb too high, you come in too hard and fast which can be even worse than when the tree breaks half way down. I personally experienced each of these scenarios.

While we usually “skinned the cat” in the presence of a group, my worst experience happened when I was by myself and leaned out too soon. I had climbed this tree before, but it was later in the summer and I had misjudged the situation, not paying attention to the way the tree felt as I climbed. I swung out from the tree with the expectation that it would bend to my will, the way it had before. Instead, I hung about 10 feet off the ground. I bounced to get it to go down, but it didn’t give much. I yelled for help, but no one heard me and eventually I bounced until the tree broke. I landed well enough to avoid a major injury and walked off the sprain on the way back to my house.

When I think about that day now, it feels almost synonymous as decision making and leading change for leaders. There comes a time when you must fully commit, part art and part science. If you get it wrong, then you are left hanging, crash hard, or fall. But if you get it right, you feel almost weightless, like gravity doesn’t matter and you are walking on the moon.

Leading change in any organization is both an art and a science. You must understand the conditions and establish a plan, but everyone has a great plan until they are left hanging 10 feet off the ground. The failure to recognize the art of feeling usually gets leaders in the end. You must understand both what is going on with the people and the environment as you process change implementation.