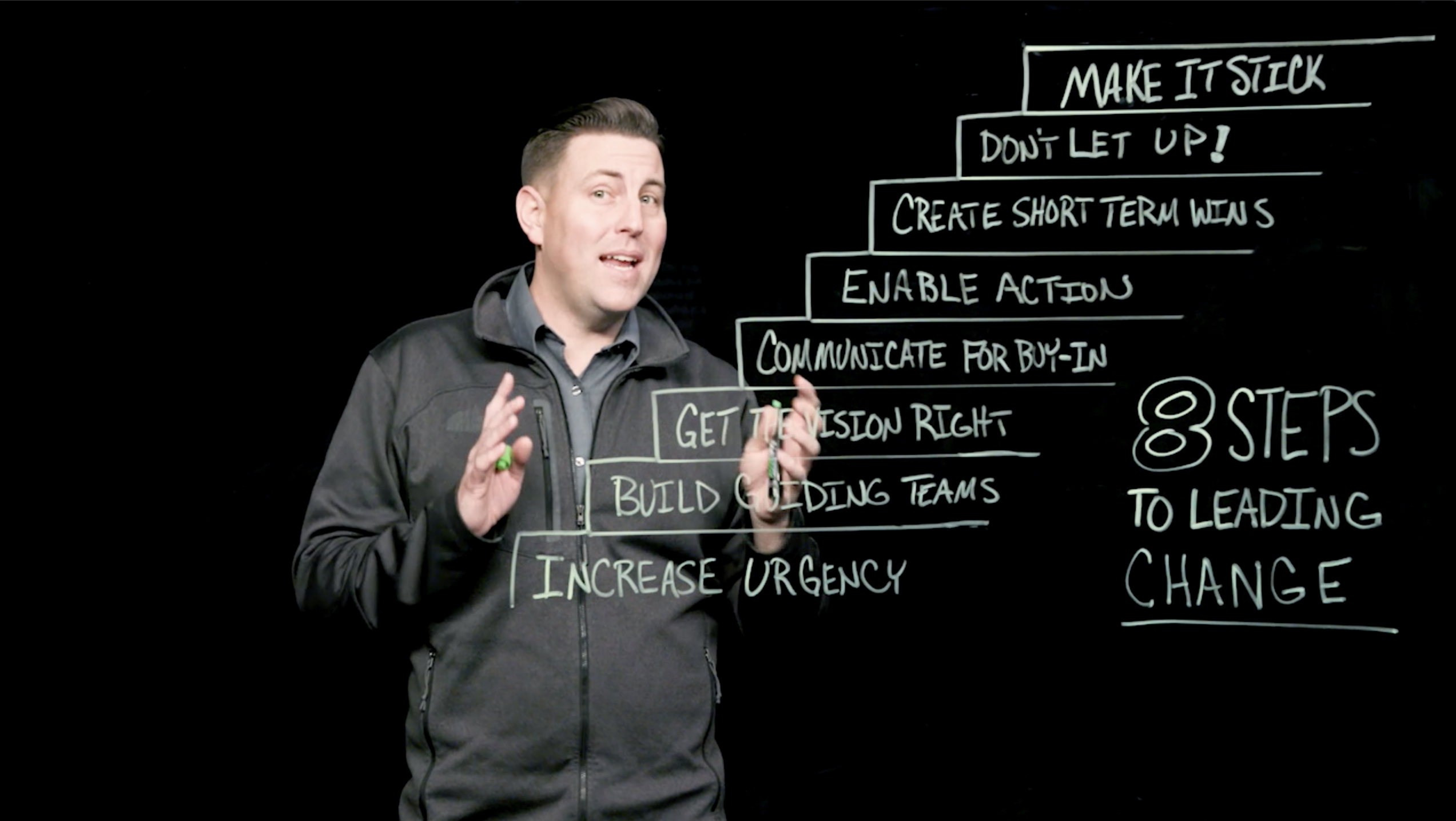 Today I want to talk to you about eight steps to lead change in your church. Now, instead of creating some great new framework, I’m going to examine probably the most utilized change management process that’s ever been written. And it was written by John Kotter in Leading Change. Let’s take a look.

Now, what you have to understand is there are three phases that go into these eight steps. The first three steps are really all about creating a climate for change. Then we want to enable the people. And, finally, we want to see that change through. So, we are going to go through this whole process in short order.

The first thing we want to do before we do anything else is create a sense of urgency. Unless your church perceives more danger in maintaining the status quo than moving into this new unknown territory, they’re not going to move forward.

Next, we move into getting the vision right. So, people will not follow you if you are unclear. You must have milestones in place that articulate how amazing this destination is going to be when we get there. It’s going to be awesome!

Now, we move into the next phase which is actually enabling the people to do the change. We want to communicate for buy-in. We want to speak with as many people as possible in the church. This communication can be clear, it should be concise, and it should be genuine from your heart. Because people will be able to tell the difference when it’s not.

Next, we have to enable our people to act. We want to empower them and make sure they have the ability to carry the ball down the field. We’ve given them compelling vision, now they are carrying it through the opposition. Our only job is to block and tackle when they face opposition.

Now, we are into the final phase. We do not want to let up. Change is a transformation, not a transaction. It’s a process, not an event. So we want to focus on the change until there is no longer a trace of the status quo.

Then, we want to make sure it sticks. Now this may sound counter intuitive, but the ultimate success of the change is that it is actually a new status quo for the church. It’s normal. It’s part of the way we do things here.

Now that you understand the eight steps to leading change in your church, what are you going to do about it?