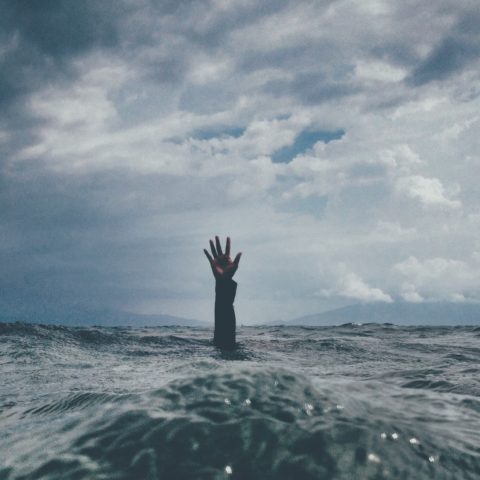 And Jesus came to Nazareth, where he had been brought up. And as was his custom, he went to the synagogue on the Sabbath day, and he stood up to read. And the scroll of the prophet Isaiah was given to him. He unrolled the scroll and found the place where it was written,

“The Spirit of the Lord is upon me, because he has anointed me to proclaim good news to the poor. He has sent me to proclaim liberty to the captives and recovering of sight to the blind, to set at liberty those who are oppressed, to proclaim the year of the Lord’s favor.”

And he rolled up the scroll and gave it back to the attendant and sat down. And the eyes of all in the synagogue were fixed on him. And he began to say to them, “Today this Scripture has been fulfilled in your hearing.”

Jesus was clear. His ministry would change the lives of the captive and oppressed. While he certainly meant this on a spiritual level, meaning that every person is in desperate need of freedom from sin and death, Jesus also cared about oppression in a physical and relational sense.

Spiritual oppression and captivity are conditions that all of us are born into, but we must not forget that these things are experienced by many at a relational level as well. The “captive and oppressed,” in our day, must include not only those who are in spiritual bondage to sin, but also those who live in fear of physical abuse in their homes or churches, those who are raped, those who are preyed upon as minors, and others like them.

Jesus’ half-brother James clearly understood this message. He said true Christianity must care for the weakest and most vulnerable in our communities. When churches fail to do this or become complicit in the harm, James 1:27 says we have become “stained by the world,” marked by very the things we are called to change.

On one hand, it is easy to think of abuse as just a social issue. If we do, we will think better laws, better law enforcement, more shelters, or more preventative campaigns are the remedy for abuse.

These things are good. Christians should fully cooperate with and be involved in these areas because abuse is a social issue. But it’s not just a social issue. When we think of abuse as solely a social issue, then the church is not the refuge for the oppressed that God intended his people to be.

On the other hand, it may be equally tempting to think that if the church’s response to abuse is grounded in the gospel, then we merely want people to repent of their sinful episodes of abuse. As Christians, we want every sinner to repent. There is no greater hope.

But this approach misses the severity of violation and coercion captured in the word “abuse.” If we are naïve to this reality, then instead of being shepherds who protect God’s children, we can easily and unintentionally become part of the problem, prioritizing the wrong initial responses.

So what do we mean when we say, “The church’s response to abuse is grounded in the gospel”? To answer this question we must realize that the gospel invites the sinner to find forgiveness in Christ through repentance and it also invites the sufferer to find refuge in the Comforter from a harsh, broken world where things like abuse occur.

With abuse, our ministry priorities should be: first, remove the opportunity for further damage, and second, to address the sin that creates the damage. After all, this is what we would do for one of our children.

Historically, the church has been more skilled in applying the gospel to sin than suffering. Hence, in pastoral care, we ask relatively few non-moral questions about abuse. To the degree we get involved, we focus on getting the destructive person to simply stop their abusive actions more than:

(a) assessing the safety of the victim,

(b) evaluating whether a criminal act took place, or

(c) helping the victim understand the impact of being abused.

Why are we more skilled at addressing sin than suffering? It is usually not because we lack compassion, but because we do not like feeling out of control and we lack training. When we minister to those who are suffering, we’re often not sure what to tell them to do next. We feel powerless and ignorant. This study will take us deep into areas where we do not have control and for which ministry leaders need more training.

This article is adapted from Becoming a Church that Cares Well for the Abused. Access this free training at ChurchCares.com.

*Please note the curriculum is not intended to be legal counsel or to provide holistic training for counseling or pastoral care on the issue of abuse but is an accessible tutorial on how to respond with pastoral and ethical excellence. The curriculum gives a theological foundation for the topic, brings understanding on the issues connected to abuse disclosure and reporting, and gives practical wisdom by which leaders can navigate complex situations.

Brad Hambrick serves as the Pastor of Counseling at The Summit Church in  Durham, North Carolina.