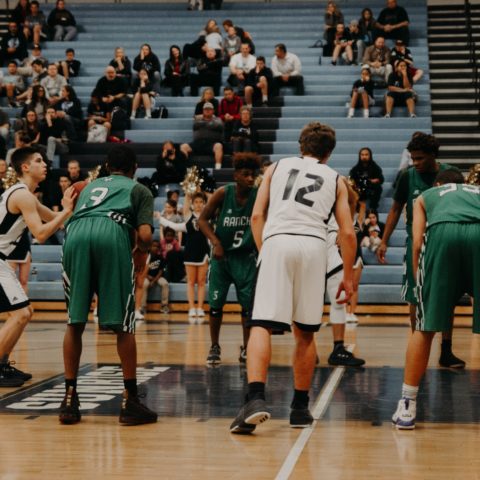 As a high school basketball player, an older teammate named Joel invested in my growth and development as an athlete and also as a friend. Joel was older, taller, and better than me on the basketball court. It was easy for me to be drawn to him because he had things that I wanted. But what astonished me most was that he was interested in and willing to invest in me.

When we talk about mentoring, it can sometimes be a word that we fear because of bad examples or no examples in the local church. Mentoring is an intentional relationship designed to help one person move toward a place or achievement that the other person has already reached or, at the very least, is closer to reaching. When we consider 2 Timothy 2:2, where Paul tells Timothy to find younger men that he can teach what he has learned from Paul, we see that mentoring is a biblical mandate.

Because mentoring has not been as frequently practiced in the church as it could have been, this may be something that you have to help coach young adults and their mentors as you get started. Here are three helpful things to keep in mind.

1. Train mentors to invest in someone in the present with their future in mind.

In our mentoring, we must put in the exhausting work of investing in the next generation of ministry leaders. If our view of ministry is limited to us and what we can and will do in our lifetime or even a particular season, we are far too self-absorbed and short-sighted. Take the longview and see what could be, not just today’s needs.

2. Train your mentors to lead by example.

My friend Joel gave up things to spend more time with me in the gym, in the car, and just hanging out. In all of those spaces, Joel didn’t just tell me things to do or give me helpful tips on how to improve my jump shot. He showed me what he wanted me to become. As a mentor, there must be a commitment to show those you are leading the path you want them to walk. Do they see an example of what you want them to become, or do they just see someone calling out commands for other people to follow? Mentors must lead by example.

3. Train mentors to hand things off to those they are investing in, rather than hogging the glory.

Joel was a great basketball player. He got a lot of recognition for his talent and potential. But Joel raised high the arms of others and shared the trophy. A win for him was more than personal acclaim; it was the future success of others. In mentoring, we must not seek to self-promote, wave our own flag, and hog the glory. Instead, effective mentors will be setting others up to lead ministry better than they ever have or could. Their focus is on the Kingdom, which will far outlast any individual.

We must see the opportunity in mentoring. We must see the potential in people. And we must commit to help raise up young adults to be faithful and influential followers of Jesus in whatever domain God has placed them. Mentoring is crucial in our efforts to accomplish this task.

Steven Ackley, his wife Emily, and their four kids live out their love for anything sports and Cookout milkshakes in Murfreesboro, TN where Steven serves as the NextGen and College Pastor at LifePoint Church. Steven holds a D.Min. and an MDiv from Southeastern Baptist Theological Seminary.