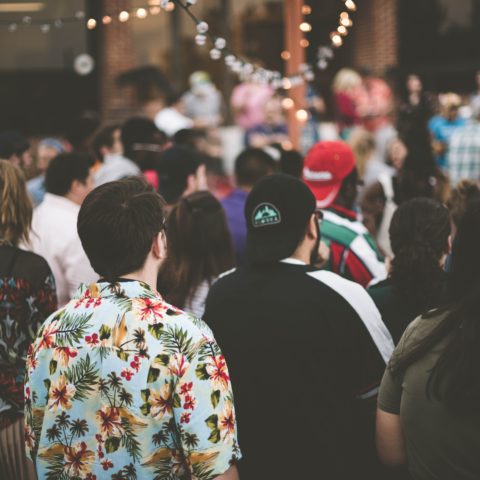 After conducting a research study to discover best practices of actively engaged volunteers within a megachurch, I discovered 7 ways to engage church volunteers. If you missed Part 1, you can read it here.

A culture of recognition is important for engaging volunteers. They need to know they are valued for what they do. We already know most volunteers serve for intrinsic reasons. We also know God made us for relationship; we want to be appreciated for what we do and who we are to meet that need. The level of appreciation varies with each person, but ultimately we want to know that what we do matters to someone. Think of it this way: if you were never thanked for the efforts you put in at work, would you want to stay? Probably not.

A simple, yet effective, way to do this is to host an annual volunteer recognition event. One activity the megachurch in my study implemented was just such an event. In fact, it received 100% positive feedback from the focus group and many positive comments from the survey respondents. Be creative and generate traditions to formally and informally recognize your volunteers. The research shows doing so will lead to more content, engaged volunteers.

When changes take place in your church, one of your best advocates can be your volunteers. In fact, research shows when volunteers are included in the communication process, they are more satisfied—and thus willing—to accept changes taking place within the church, even if they disagree with those changes. Nearly 90% of respondents in my study agreed or strongly agreed with the statement, “I am more willing to accept changes when I am satisfied with how they have been communicated with me.” The opposite is true when volunteers do not feel they are included in the process, and it leads to their dissatisfaction. One of the lowest rated survey items in my study was, “The degree to which the organization communicates its goals and objectives to volunteers”. Clearly volunteers want to know what is happening in our churches. We need to be proactive in doing so.

Effective communication also includes individual performance feedback. Most nonprofit organizations do not accomplish this. Their leaders are often reluctant to evaluate a volunteer’s work out of concern such an evaluation will appear to question the individual’s efforts.21 In my study, only 56% of respondents were satisfied or “Very Satisfied” with the statement, “The way in which the organization provides me with performance feedback”. It was the lowest score out of 40 satisfaction items in the entire study. This is consistent with other research that confirms continuous evaluation within volunteer programs is uncommon.22

The danger to your church in not providing performance feedback is the risk of losing seasoned volunteers.23 Our best performers expect accountability, whether they are paid employees or not. And often, these seasoned volunteers are the first to leave.

Lastly, volunteers need to feel they are empowered to carry out their volunteer tasks. This includes what they do, how they do it, and when they do it. In my study, the highest rated item in the “Empowerment” dimension—which measured the sense of empowerment volunteers felt they had regarding their relationship with the organization as they carried out their volunteer responsibilities—was the statement, “The freedom I have in deciding how to carry out my volunteer assignment”. Nearly 90% of respondents were satisfied or “Very Satisfied” in this area. That is nearly everyone who responded.

This reminds me of the first meeting I had with my Senior Non-Commissioned Officer when I was a new Air Force officer. He told me, “Sir, all I need you to do is tell me where you want us to go, and I’ll get you there. I already know where Point A is; just tell me where Point B is. I’ll figure out how we do it.” His wisdom still applies. Without question, volunteers feeling empowered leads to their satisfaction. Even in the workplace, existing literature has revealed “psychological empowerment” is positively related to job satisfaction in the business sector.24 In another study designed to understand the responses people experienced from their volunteer service, data revealed that empowerment is positive for volunteers. Results of that study showed the individuals with the highest levels of empowerment expressed greater satisfaction.25 Empowerment matters!

Adapted from “Got Volunteers? 7 Proven Principles to Get (and Keep!) the Best Ones” by Dr. John M. Chase.