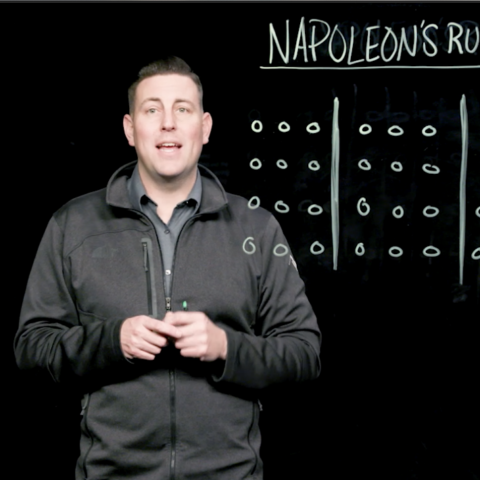 Today, I want to talk to you about Napoleon’s Rule of Thirds. Now, it might sound weird for us to talk about this in connection with church life, but I think there’s a lot we can learn here.

Now, he said we have a tendency to focus on the wrong group of people. We focus on the people who are anti-change, the keepers of the status quo. Instead, he said, spend most of your time with the people who are ready for change. They are ready to establish some early wins and we begin to bring over the remaining third who are waiting to see momentum. We start telling them stories about the change and how great it is. And you begin to bring people over and you even start to gather some people from the status quo crowd.

Now, we want to make sure we are still communicating with the resistant to change people but we are just not spending as much time, energy, and effort with them as we normally would.

Eventually you are going to get most of the people, even in the status quo group, but not all. At some point in time, they are just going to either hold their ground and not move forward and then they may stay at your church or they may decide to leave. And that’s OK. We have to be alright with that.

But now that you understand these three different groups of people and how to lead them during change, what are you going to do about it?

Want to learn more about change? Download our FREE ebook Leading Change in Your Church here.