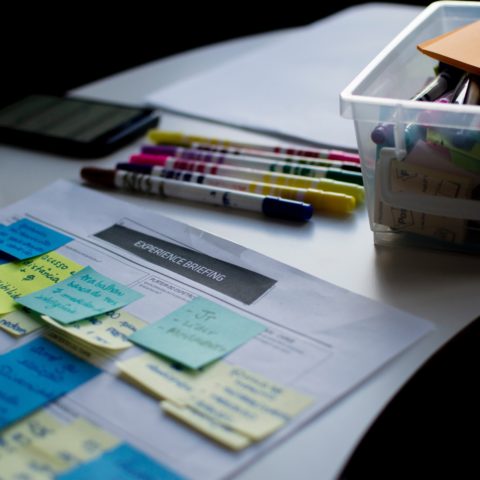 In the past, a leader may have led one or two major changes throughout his or her career. Now, major changes happen every 5-10 years. In an age of ever increasing access to information, data, and opinion, it feels like we need a degree in chaos theory to move forward. Never have we had a greater need to implement change and never have we had so many tools at our disposal, but I am afraid this access has lead to greater confusion than its intended effect.

Often leaders recognize a change is desperately needed, so they choose the latest and greatest plan. This plan is thorough, clear to communicate, has great visuals, and can be explained on a single sheet of paper. The rollout plan for change is both logically and theological sound, but it goes off the rails early. Or maybe worse, you implement every step and nothing changes. You just seemed to put a new coat of paint on the status quo.

We must remember that leadership and change management remain both an art and a science.

As a leader, my bent is toward action and implementation. I love a good plan and am quick to find a whiteboard to sketch out new tactics and processes to solve whatever problem. I make sure I have clear communication and visuals of what the solution will look like and how the change will roll out. I see the change as a necessary solution and am quick to devote time, talent, and resources toward implementation. And that is where the problem lies. I have learned the hard way that I often spend much more time preparing the change for people than I do preparing people for the change.

Admit it. As a leader, you have been on one end of a conversation like this, “The bus is leaving the station and the destination is already determined. Get on board or get off at the next stop.” This line of thinking does not lead to buying or lasting change and makes for a bumpy ride, to say the least. Some people aren’t even aware of the “problem” you are trying to address with this change, and you neither appear logically or emotionally aware of your church’s current reality.

The reality is that effective change occurs less because of the logical reasons to change someone’s thinking but by compelling experiences that changes their feelings. The emotional component is almost always present in the most successful stories of change. When the emotional component is missing or severely lacking, then successful navigation of change is much less likely.

My favorite explanation of these approaches comes from John Kotter and Dan Coen in The Heart Of Change. They summarize the rational approach as analysis-think-change and the emotional approach as see-feel-change. They proposes that changing the behavior of a person or group is less about giving them a rational analysis that will influence their thoughts but helping them see a new reality that will influence their feelings.1

While both thinking and feeling are essential to the change process, the true heart of change rests in our emotions. You might expect that church leaders would be more inclined to employ the see-feel-change methodology than business leaders in a corporate setting, but I believe we all fall into that same trap.