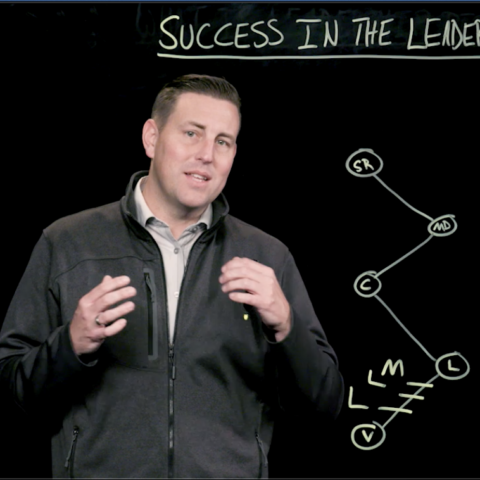 Today I want to talk to you about what success actually looks like in a leadership pipeline. Now, most people assume success is all about vertical advancement. The volunteer moving to a leader, to a coach, to directing a ministry, and becoming a pastor and being called into ministry. That’s not the case for most people. Success in a leadership pipeline is a person becoming who God wants them to be and multiplying themselves over and over at that level. So, let’s take a look.

When a person begins a ministry role, let’s say we have a volunteer here. We want them to learn the role. They become a learner. They gain proficiency in the role. And then they become a leader. Congratulations, your competent! And most of the time we move on. But we shouldn’t do that because there is another phase that is untapped. We are called to disciple and develop other people. That’s everyone’s job, not just the pastor’s job, not just the ministry director’s job. Development is for everyone. And when we begin to see people multiplying themselves in their current ministry position, they are now ready to move up to the next leadership level in the pipeline.

Now, implementing a pipeline will help you remove the guessing game because everybody knows what their next step is. And after that person has displayed proficiency as a learner, competency as a leader, and then begin to multiply, you know they’re ready. And you’re ready to place them in a position. But not everyone will want to be a leader. Not everyone will want that extra responsibility and that’s OK. Many people will serve faithfully in a ministry role for years, maybe even decades. Applaud them for that. Applaud them for their efforts and celebrate them in front of their peers. But most of all help them understand their role to develop others and be a multiplier in your ministry.

Now that you understand what success in a leadership pipeline truly looks like, what are you going to do about it?