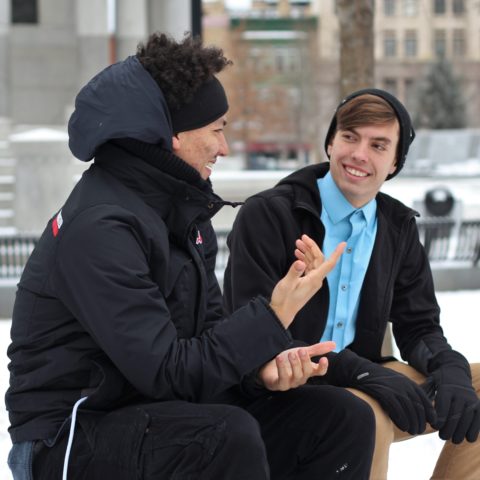 My wife and I moved to Atlanta in 2008 to start Renovation Church. We failed three times before it got off the ground. When we submitted to God’s plan, He was gracious to us, and we saw our church grow from 3 people in 2010 to 1,350 people today. Through it all, one thing we learned was that it is important to think about leadership development from the very beginning.

In Acts 1:12-26, we see the disciples together in prayer after the ascension of Christ. Peter stands up before them, about 120 in total, and says that due to the betrayal and death of Judas Iscariot, another disciple must be selected to fill his place among the Twelve. They settle on Matthias, but it is important to note where Matthias came from prior to being chosen. Peter describes the necessary qualifications for their selection in this way:

“Therefore, from among the men who have accompanied us during the whole time the Lord Jesus went in and out among us—beginning from the baptism of John until the day he was taken up from us — from among these, it is necessary that one become a witness with us of his resurrection” (Acts 1:21-22).

Matthias is not mentioned by name anywhere else in the Bible. However, here we see that he had been among the disciples since the beginning, walked among them, and witnessed the ministry. He has been developed for the leadership role from day one. Luke 9 describes the commissioning of the Twelve. They are sent out on their own, with specific instructions from Jesus, to further His ministry. In Luke 10, Jesus gives a similar charge to 72 followers, who are never mentioned by name. But they are still being trained just like the Twelve.

Because Matthias had been trained since the beginning, he was ready to assume the mantle of leadership that came with being one of the Twelve Apostles. When Jesus fulfilled the work He was sent to do, the disciples were already prepared not just to replace someone on the lowest rung of their leadership ladder, but to have Matthias step into the highest level of leadership.

Church leaders can learn from how Jesus developed Matthias. He was developed from day one.