To help ministry leaders think about how they recruit people to join their teams, I thought it would be helpful to look at two frameworks commonly used in recruiting/hiring. One that has been particularly helpful to me is the Four Cs: character, competence, chemistry, and conviction. I addressed the first two, character and competence, yesterday. So we’ll continue today with three and four.

I have learned that it is very possible to have a highly skilled person with deep integrity who is not the right fit for the team. Sometimes the best players are not the right ones. Chemistry is crucial. I have also learned that the most fulfilled team members are people whose personal values are in close harmony with the values of the ministry or organization.

To check the chemistry, you must know the values of your team. And I don’t mean the ones that are written down but that no one knows—the ones buried in a folder or a long policy. I mean the real values. What is most important to your ministry? What are you willing to fight for? What values give your ministry the unique and distinct culture you have or are building? Share these values with the person, and look for validation that the person you are considering currently embraces these values.

Serving alongside people who live with a sense of conviction in their role is massively different from people who view their role merely as a profession. People who sense the Lord has called them to their respective roles offer much more than the minimal job requirements. They pour their souls into the ministry.

I fear that in our churches and in our ministries we have lost a sense of sacred conviction. I fear that with the professionalization of ministry, we have a higher number of job seekers and job fillers who lack the overarching sense of conviction that trumps what others would call sacrifice. Many thought missionary David Livingstone made significant sacrifices to be a missionary, yet he stated, “It is emphatically no sacrifice. Say rather it is a privilege. Anxiety, sickness, suffering, or danger, now and then, with a foregoing of the common conveniences and charities of this life, may make us pause, and cause the spirit to waver, and the soul to sink; but let this only be for a moment. All these are nothing when compared with the glory, which shall be revealed in and for us. I never made a sacrifice.” A team filled with people with that sense of conviction is unstoppable.

John Wesley said, “Give me ten men that hate nothing but sin and love nothing but God and we will change the world.” Wesley knew that the world would be rocked if such a group came together with a holy conviction.

So when you are considering bringing people to the team, try and talk them out of the role. Speak with passion about the sacred burden, the bigness of the vision, and even the difficulty of the situation that will require a leader who senses the Lord has called him/her to this role.

Or you can settle to have someone just fill a spot. 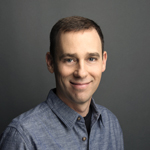 Eric Geiger serves as one of the vice presidents at Lifeway Christian Resources, leading the Church Resources Division. He is also a teaching pastor and a frequent speaker and consultant on church mission and strategy. Eric has authored or co-authored several books including the best selling church leadership book, Simple Church.