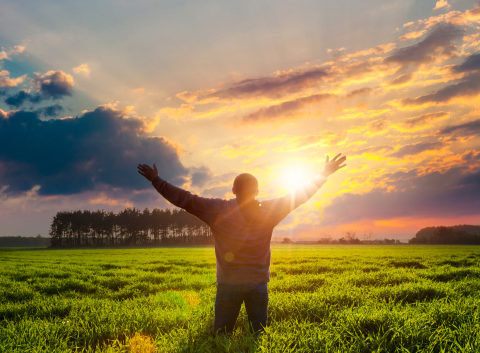 Martin Seligman’s research in the 1960s on “learned helplessness” is still widely respected among psychologists. Seligman and his team placed a dog in a cage designed to receive electric shocks. When they hit the cage with a jolt of electricity, the dog jumped and yelped as expected. They waited a few minutes and shocked the cage again, and the dog repeated the jumping and yelping. But after several shocks, something strange happened—the dog responded less and less as he was hardened to the impact of the shock.

The researchers opened the door to the cage and shocked the dog, hypothesizing that the dog would leave the cage when he was shocked. But the dog stayed in the cage; he was numb to the pain. He had learned to live helpless, learned to live in captivity even though he was free.

In the same way, sin hardens us and deceives us. It causes us to stay in the cage although the door has been opened—though Christ has set us free.

The researchers continued their experiment by involving another dog, a dog not hardened by the electric shock. After being jolted with a shock of electricity, the new dog jumped and yelped as he ran quickly out of the cage. The first dog, seeing there was a better way, followed to the freedom that was already his.

We desperately need others around us to encourage us to walk in the freedom that Christ has already given us. The writer of Hebrews said, “Encourage each other daily, while it is still called today, so that none of you is hardened by sin’s deception” (Hebrews 3:13).

Community with other believers keeps our hearts tender and soft before the Lord. God uses community grounded in the gospel to mature us and to shepherd us.

Why must we challenge those in our churches to understand that their faith is deeply communal? Because without community, believers will fail to live in the freedom that Christ has purchased for us.